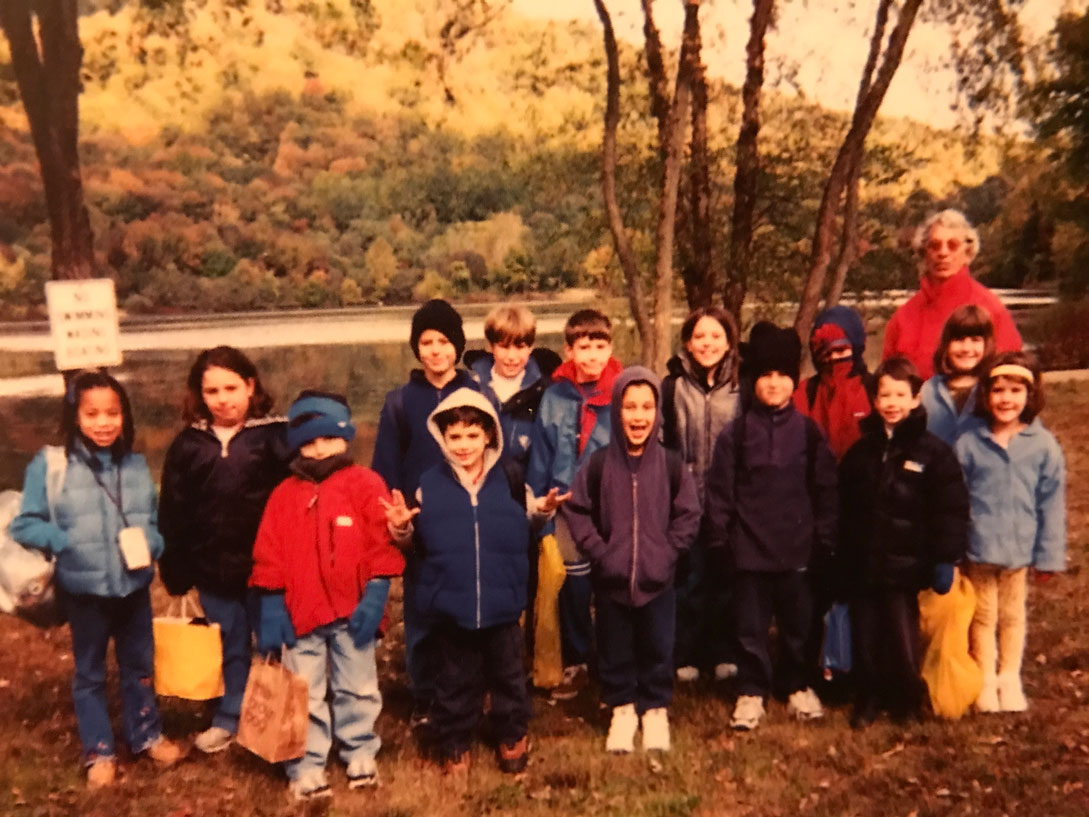 By Angelique Morelli; originally published in the Winter 2022 edition of “Apple Tree Magazine”

The practice of inclusivity and creating a close-knit community has been a part of The Elisabeth Morrow School’s heritage since its founding. Just ask Pat Hooven ’33, an alumna of the first graduating class who taught here for more than 30 years.

“In all the years that I taught at EMS, the greatest feeling I had was the spirit that was between all of the teachers,” says Hooven. “Whether you started out knowing each other or you got to know each other, you felt a sense of belonging.”

This culture was set forth by the faculty Hooven had the pleasure of learning from as a student at EMS or, as the school was named when she attended, “The Little School.” She says Connie Chilton and her first teacher, Janet Johnson, inspired her, at a young age, to pursue a career in education.

“Janet Johnson lived and acted as a model teacher and model citizen until she died about 10 years ago. She was just a lovely, lovely person,” says Hooven. “She, with Connie Chilton, initiated everything in the school. Everything that happened went through them. And I don’t think it’s coincidental that when I got older, I loved taking care of young children.”

A Time Before Carline and the 4 C’s

Hooven attended The Little School with her sister and brother. She remembers a piano being in the 4s room and that the teacher who played it taught lessons.

Unlike today, the activities were limited. There weren’t any extracurriculars before or after school, and they didn’t offer any sports. And while the 4 C’s didn’t exist in an “official” capacity, Hooven says they were a part of the everyday life at The Little School.

“We didn’t have the 4 C’s, but those were included in our education,” says Hooven. “It was about being good citizens.”

She recalls the school day ending at noon and each student was picked up at the front door.

From the Big Apple to Hollywood

Hooven’s teachers at The Little School so inspired her that after attending Roosevelt School and then Dwight Englewood School for Girls, Hooven followed in the footsteps of

While she enjoyed her time at the Child Education Foundation, an opportunity in California piqued her interest, and she decided to leave and pursue a life on the West Coast. Hooven moved to Hollywood, received a teaching license while at UCLA, and worked at the Brentwood Town and Country School, which was very similar to The Little School. However, living in a place that was “the complete opposite of everything I have ever known” motivated Hooven to pack up her bags and return to Englewood, where she sought a teaching position in a place that had always felt like home.

Returning to Her Roots

“I asked [Miss Chilton] if [she] had a place for me [at The Little School]. I knew all my life; if I wanted to work there, all I would have to do is ask. And Miss Chilton was sane, sensible, thoughtful, and very kind,” says Hooven.

Hooven’s life came full circle when she was hired as the teaching assistant to the teacher that inspired her love of teaching and learning: Janet Johnson.

“Each teacher had an assistant, and they did a summer camp/day camp program, too,” says Hooven. “It was really fabulous because it was the same thing as school. So I took a job at the summer school and then became an assistant teacher, and that’s how I became more serious about teaching and learning the technical side of it.”

Becoming a teacher was a fulfilling experience for Hooven. She describes it as having to use both your intelligence and physical strength. She loved every minute of it because she got to do it at EMS with the people who were here since the beginning.

“Janet Johnson and Sue Graham and others who are no longer living… those people gave their lives to that place,” says Hooven. “I don’t think people understand what it was like in the beginning. They devoted their whole lives to this. It was unbelievable. I was spoiled because no one else I know came into teaching at a place where they had grown up that felt so much like home in the first place.”

There's No Better Time to Support Your Child's Education

Every time you donate to one of Elisabeth Morrow's dedicated funds, you help enrich the daily experiences of our community on campus. STEAM spaces are improved, library catalogues expanded, scholarships are funded, and teachers are hired. Every day, you can see the impact your generous donations have on campus.